JVmorris Loading
Skip to content
Contact.Us JVmorris derives pleasure at meeting our clients, discussing their challenges and proffering solutions. Our team of experienced gent and experts indulge you to kindly fill in the form below with accurate information and we promise to revert in good time.
Modeling a business strategy after someone else’s prior success may be a great idea.

While most people will turn to business moguls when looking for models of success, interestingly, these models and new ideas can come from rather uncommon and unexpected sources. Like the world of popular music can teach us quite a lot about business growth and sustainability.

Do you know WizKid?
Yes, the same Ayodeji Ibrahim Balogun, Nigerian singer and songwriter aka Lil Prinz, Starboy. An undisputed, one of the world’s leading Afrobeats artiste.

WizKid understands the dynamics of music as it appeals to his environment/target market, releasing tracks to charm both the young and old. His musical genre comes in the form of  prayers, flaunt, suave etc but one thing cannot be denied, he is an entertainer. With acquisition of various exotic cars, he has conveniently secured properties and other investments. Wizkid is now worth, according to popular online journal Naija-Auto, $20 Millon US Dollars. There must be something working for this young guy.

Let’s talk about the Queen of Pop, Madonna.
Madonna Louise Ciccone, an American singer-songwriter, actress, author, and record executive. Having been referred to as the “Queen of Pop” since the 1980s, she is regarded as one of the most impactful figures in popular culture

Whether you love or hate her music (or her), Madonna has proven to be more than a singer and dancer.  She has a savvy business mind that’s supported a successful career spanning more than 30 years and an empire of music sales and merchandising valued over $500 Million US Dollars.  You have to admit, the Material Girl has had a good run.

Here are 3 powerful business and life lessons we can learn from both artistes to create success:

1. Believe in you, Begin small and constantly reinvent
Wizkid began recording music at the age of 11 and managed to release a collaborative album with the Glorious Five, a group he and a couple of his church friends formed. Wizkid signed a record deal with Empire Mates Entertainment (E.M.E) in 2009.

Madonna has taken inspiration from a number of entertainers, including Marilyn Monroe, Joni Mitchell, David Bowie to mention a few. Although Madonna had her influences, she created her own unmistakable style. She wrote her own ticket; she didn’t have to follow anybody’s formula. She declared who she was … and took possession of her music.

Both artistes well known for constantly reinventing and each album they release has been different from the last.  Reinvention has actually been one of the greatest signatures of their career and has allowed them to stay relevant in a constantly changing market. As the industry matured, Wizkid’s & Madonna’s music and image have also changed in an effort to constantly bring her fans what they want.
THE LESSON: Staying relevant by re-inventing is extremely important for businesses of any size.  Markets are always changing and a business that allows itself to lose its relevance has been left behind.  Stay in touch with your customers/audience and market evolutions.

2. Damn the boundaries
If Madonna and Wizkid are known for one thing, it is pushing and damning the boundaries.  They have created controversy throughout their career and much of this stems from their willingness to challenge commonly accepted notions.  From the rivalry of who is the king of African music/Afrobeat genre of music between our own Davido, our own American-born Nigerian singer, songwriter and record producer to Tiwa Savage and Wizkid Collabo.
Madonna on the other hand created sexier songs with racier lyrics and began challenging what society saw as acceptable entertainment. In fact, in 1990, when her music video Justify My Love was banned by MTV she packaged it as a single and sold it.  This had never been done with a music video before.  This innovative, bold, in-your-face move earned her millions in revenue when the video sold like hotcakes.
THE LESSON: Knowing how and when to push boundaries is an important skill for any person or business.  People will say the talk, but let them say. Challenging accepted notions is often what leads to innovation. Individuals and companies who have come to dominate their markets through innovation were always willing to push things a little further, to do what no other had yet done. But keep in mind that, you will be met with resistance for pushing boundaries but without risk there can be no reward.

3.  Leverage platforms & distribution
Madonna is an impressive businesswoman and she has always understood the importance of leveraging existing platforms and distribution channels. In fact, part of the reason Madonna rose to prominence  so quickly is because they made highly effective use of the very young MTV platform. Same goes for Wizkid- leveraging on Empire Mates Entertainment (E.M.E) in 2009. He rose to prominence after releasing “Holla at Your Boy”EME Records. Madonna focuses on high quality videos, filled with great music and alluring imagery, setting her apart from the other musicians of the time. Wizkid, was about the first youngest artiste with high quality video and great stage performance. Here was a chance for them to access a vast consumer market in a unique and novel way.
THE LESSON: WizKid and Madonna was far from being the first successful popular musician. But Madonna was one of the first to harness the new and highly effective market of music video television and WizKid for his age at that time and quality of music he attracted and appealed to a special market.

As the market/platform grows in popularity, the prominence of the company also rises, so as business owners/entrepreneurs you need to be vigilant in looking for new and emerging markets
Madonna’s & Wizkid’s career can be great examples from which to draw a number of useful concepts.

What am I afraid of, personally or in my business “rocking the boat” or being “too edgy?”

What can I offer or modify differently?  How can I go beyond what currently is and create an appetite for a new service or product?

How can I beat my competitors?

How can I find and leverage on platforms or distribution channels to get my product or service in front of these customers? 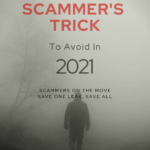 2021 Top Scam Tricks To Avoid Amid The Pandemic: Covid-19